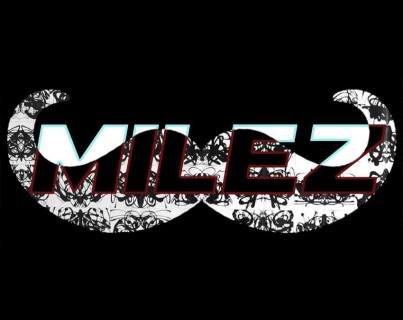 Milez, was a Punk guitarist in the early 2000’s , before discovering 2 crucial factors in his life: psychedelia and pussy.

After an intense period with those two, discovered the third factor: the electronic music, and started producing with drum machines and samplers mainly drum and bass.
Since that period he evolved his third main skill (mentioned before) to other genres such as EDM, Hardtekno, Glitch Hop and Dubstep. Now is part, with Saxe Gambetta of KNKRZWRTN.

It’s been a while there are no new releases from Bass Off? That’s because we are changing the way we work, expect some news in a short time!

Out now the new single by Vergo, “Move of Love”, a fresh and dark deep house track going back to the 90’s house vocal processing.Available now on Beatport and all […]
VERGO – Move of Love

KuntyBeatz was born on the dance-floor at the (original) Comfort Zone in Toronto, Canada. KuntyBeatz brings Punk ethics and a DIY attitude to dance music. He considers himself a dance […]
KUNTYBEATZ – All Be Free

The Curious Case of Bass. This is actually one of the most psychedelic tracks of the label, it’s like being in a forest while raining, in a small tent whatching […]
THE CURIOUS CASE OF BASS – Mind Palace

Out now on Beatport and all the digital stores the latest minimal techno masterpiece by Tommy Ertz, an artist that’s an excellent creator in all the creations. This is “Never […]
Tommy Ertz – Never Stop (Dreaming)

Finally we’re back after the summer break with a melodic deep techno release made by our new entry Quentin Imhoff. Roof is a captivating track with vocal elements making its […]
Quentin Imhoff – Roof (Original Mix)

Dario Ferrara is an ecleptic music producer, we are not allowed to put him in a genre without falling in some mistake. His ability to merge different kind of sound […]
Dario Ferrara – Runner
Loading Comments...